A few months ago, I introduced my next writing project, She's Leaving Home, which is about three friends who go on a road trip around the United States together. I thought it would be fun to introduce you to the main characters, so I found this questionnaire. First up in Una! 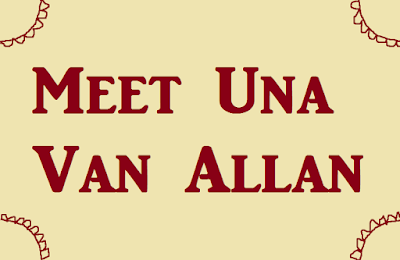 1. How old is she mentally and physically?
Una is 64 years old both in physical age and mental age. She was called an "old soul" as a child and has finally grown into her age.
2. Did she have a happy childhood? Why/why not?

Una would say yes, but everyone else would say no. Una was born in 1920, and she is the youngest child in a large family. She doesn't remember her father because he died from World War I related injuries when she was three. Her mother and brothers worked hard to feed and clothe the family, but when the stock market crashed in 1929, Una's family first lost their jobs and then their house. While her oldest three brothers and sister traveled West à la The Grapes of Wrath, Una, her mother, two sisters, and one brother moved into a Hooverville. Despite bad circumstances, Una remained happy. Her mother taught her at an early age to be content and joyful in all circumstances. Una remembers her childhood as an adventure, even though she didn't always have enough food to eat or any toys to play with.

3. Past/present relationships? How did they affect her?

-Una has a close relationship with her family because they relied on each other so much when they were growing up. They taught Una how to trust, how to be grateful, and how to be joyful.
-In 1941, a young man named Dirk Van Allan began courting Una. After World War II, they married. Dirk has had the biggest effect on Una. He taught her about unconditional love and bravery. He also watches out for her well-being because, sometimes, Una is so busy taking care of other people that she forgets that she's a human with needs, too.
-Una's two best friends are Annie and Maebeline. She met them during World War II when they all worked in a factory together. Annie taught Una about selfless service and hard work, and Maebeline taught Una that it's good to let go of logic and propriety sometimes in order to have fun.

4. What does she care about?

5. What is she obsessed with?

Helping people. In fact, Una is so other-focused that she forgets to take care of herself.

Deep down, Una worries that she is not good enough. Although she genuinely loves to help people, she sometimes goes too far because she is worried that if she doesn't take every opportunity to help people, God, her family, and her friends will leave her.

7. What is the best thing that ever happened to her? The worst?

8. Most embarrassing thing that ever happened to her?

Once, Una, Annie, and Maebeline decided to rebel against the men running the factory where they worked, so they didn't wear their hair turbans to work. They wore their hair long and luscious... and Una got her hair caught in the machinery! It didn't hurt her beyond a sharp tug, but Una had to wait for her male overseer to come and set her free. So much for asserting her femininity!

Una's biggest secret is that she is tired. She is tired of always giving 110% of herself to the service of others. She is tired of the worry that comes with caring for so many people at once. And she is scared that this tiredness is selfishness.

10. What is the one word you would use to define her?
Selfless.

What do you think of Una? Come back in a few weeks to meet the next of my travelling old ladies: Annie!
Posted by Abbey Stellingwerff