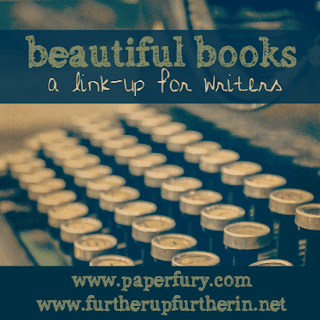 It's almost NaNoWriMo time! That means that the Beautiful People link-up changes to Beautiful Books, with an emphasis on a person's entire novel instead of just characters.
My homework load is lighter this quad, so I am able to do NaNoWriMo. I found a friend on campus who does NaNoWriMo, too, and we have been busy brainstorming our novels together! It's so much fun to have a friend to geek out about writing with!
I'm really excited for NaNoWriMo this year because, for the first time since 2013, I'm working on a new project! For the past several years, I have been working on my unnamed fantasy/fairytale story (you can read about my progress here), so it will be really nice to start a new story.

1. What inspired the idea for your novel, and how long have you had the idea?
A few months ago I had an idea for a character, but he did not have a story to go with him. Since I was working on my unnamed fantasy/fairytale story, I put away this character to think about at a later time. I was working on the worldbuilding for my unnamed novel when I had a sudden idea: the race I was working on had a hinted-at but long-forgotten past. What if my storyless character was a part of this long-forgotten past? Before I knew it, I had a four book series planned out!


2. Describe what your novel is about!
Witches/Warlocks are living in a technologically advanced world; their technology is powered by their magic. The government is trying to find ways to harness magic more efficiently. Unfortunately, their experiments cause a massive explosion which decimates most of their kingdom and the nearby human kingdom.
3. What is your book’s aesthetic? Use words or photos or whatever you like! 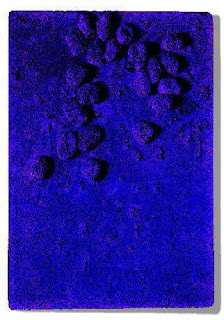 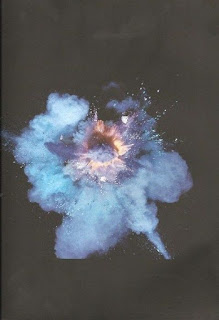 4. Introduce us to each of your characters!

Finnias Flannagan: Finnias is the character that I came up with a couple months ago who didn't have a storyline to go with him. He is a Warlock living in the capitol city of his people. He is a brilliant hairdresser who is making a name for himself among the elite. He is personable and easy to get along with, but he can be obsessive compulsive about a lot of little things, like cleanliness, which is sometimes a problem between him and his three roommates. Finnias comes from a large family whom he visits often. He is medium height and sleight of figure. He has brown hair (which he always dyes other colors) and blue eyes.

Finnigan Flannagan: Finnigan is Finnias' twin brother and also one of his roommates. He is easy to get along with, like his brother, but not as OCD. He's funny and witty and loves to entertain his friends with jokes. He's very manly and spends a lot of his free time working out or helping his father and brothers with high labor projects.

Chay Deron: Chay is Finnias' second roommate. He is an endearing pessimist and can be very blunt. He's very observant and speaks up for people when they can't speak up for themselves, when he bothers to care. He tends to brood in corners.

Kelsie Jams: Finnias' third roommate is an artist. He is constantly lost in a world of his own inside his brain so he is very forgetful, helpless, and accident prone. It's a wonder he hasn't been killed by accident yet.

Aileen: Aileen is Kelsie's girlfriend. She is an ambassador to the Witches/Warlocks from the humans. She is extremely intelligent and passionate. She also has a sixth sense when it comes to Kelsie. She is, undoubtedly, the reason that he is still alive. She watches out for him and makes sure his absentmindedness doesn't get him into trouble.
5. How do you prepare to write? (Outline, research, stocking up on chocolate, howling, etc.?)
This year, I have been doing quite a bit of NaNoWriMo prep work. My novelling buddy has inspired me to develop my characters, world, and plot before NaNo even begins! Sometime in the next week, I hope to outline my plot.
6. What are you most looking forward to about this novel?
I'm really looking forward to writing character interactions. I have a versatile cast who are different enough that their interactions should be entertaining to write (and read, too, hopefully!). In addition to my five major characters, I have many members of Finnias' family who will show up in the novel. I'm hoping that I can write them like J.K. Rowling did with the minor characters in Harry Potter: even though the minor characters have small roles, they are still memorable enough to stick in the reader's imagination many years later.
7. List 3 things about your novel’s setting.
The Witches/Warlocks live near the ocean.
The novel takes place in the capitol city.
Everything gets destroyed so there is a lot of rubble.
8. What’s your character’s goal and who (or what) stands in the way?
After the city is destroyed, Finnias' goal is survival. A new leader rises from the rubble whom Finnias does not agree with, so his goal is also to find some way of saving his people from a tyrant.
9. How does your protagonist change by the end of the novel?
Once his world is destroyed, Finnias must learn acceptance. He must also learn to be heroic, rather than cowardly.
10. What are your book’s themes? How do you want readers to feel when the story is over?
One of the major themes of the book is going to be the difference between right and wrong, between good and evil, and how one should react to them. Some other themes will be sticking up for what's right and what you believe in, learning to let go, dealing with grief, and dealing with betrayal.

Are any of you doing NaNoWriMo? If so, tell me about your story!
Posted by Abbey Stellingwerff