What I read in Feburary, and what I hope to read in March.

I read five books in February:

Winter by Marissa Meyer. This was the conclusion of "The Lunar Chronicles," and I enjoyed it. It was a good conclusion to the series, though there was a little too much kissing for my taste.

On Writing Well by William Zinsser. This is a nonfiction book on how to, well, write well. Specifically, how to write nonfiction well. William Zinsser is a genius and I think that every person, whether a writer by choice or for school, should read this book.

The Looking Glass Wars by Frank Beddor. My friend lent me this book because she loves it. I did not love it. This is the first book that I've ever rated one star. It wasn't because of content issues or plot holes... It was because the writing was SO. BAD. It was written completely in passive voice and the author told us everything. He showed us nothing. Ugh.

The Wanderer by Sharon Creech. Sharon Creech is my comfort author. She writes middle grade books and she was my favorite author when I was twelve. I still love her stories and return to Replay, Bloomability, and Ruby Holler often. I own three of her other books that I've only read once each. I'm trying to get rid of some books (I'll give you a moment to gasp in surprise and disgust) so I wanted to reread this one and another one to see if I wanted to keep them or not.
The Wanderer is about a girl who sails to England with her three uncles and two cousins. I enjoyed the story, but thought it was weaker than some of her other books, so I'm putting it on the "giveaway" pile.

Walk Two Moons by Sharon Creech. This book uses my favorite type of storytelling: a story within a story. Sal, the main character, is on a road trip with her grandparents but, as they travel across the country, she tells her grandparents the story of her friend Pheobe. The two stories intertwine and it's great. This one is staying on the shelf.

This month, I already finished a book.

Chasing Redbird by Sharon Creech. When I was younger, I thought this was the weirdest Sharon Creech book because there was a ghost... or not a ghost? Anyway, reading it now, it's not as strange, and it's going back on the shelf.
It's cool because Sharon Creech's first book, Absolutely Normal Chaos, is about a girl named Mary Lou Finney. She is also a side character in Walk Two Moons. Chasing Redbird is connected to Walk Two Moons as well because the main character, Zinny, was Sal's best friend before Sal moved away.
In Bloomability, the main character's two aunties write to their niece about Zinny, who is clearing a trail in the woods. 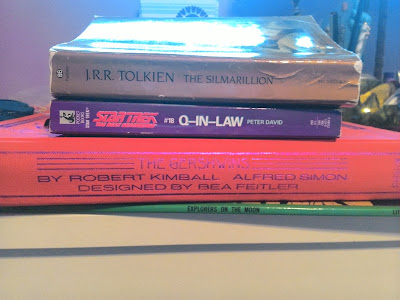 DUN DUN DUN... I'm taking on The Silmarillion by J.R.R. Tolkien this month. Wish me luck.

Q-In-Law by Peter David. This is a Star Trek novel that introduces the two most formidable forces in the galaxy to each other: Q, omnipotent being, and Lwaxana Troi, daughter of the fifth house, holder of the Sacred Chalice of Rixx, heir to the Holy Rings of Betazed. If there is anyone in the galaxy—other than Kathryn Janeway—who can take on Q, it is Lwaxana. Their interaction has been hilarious so far. 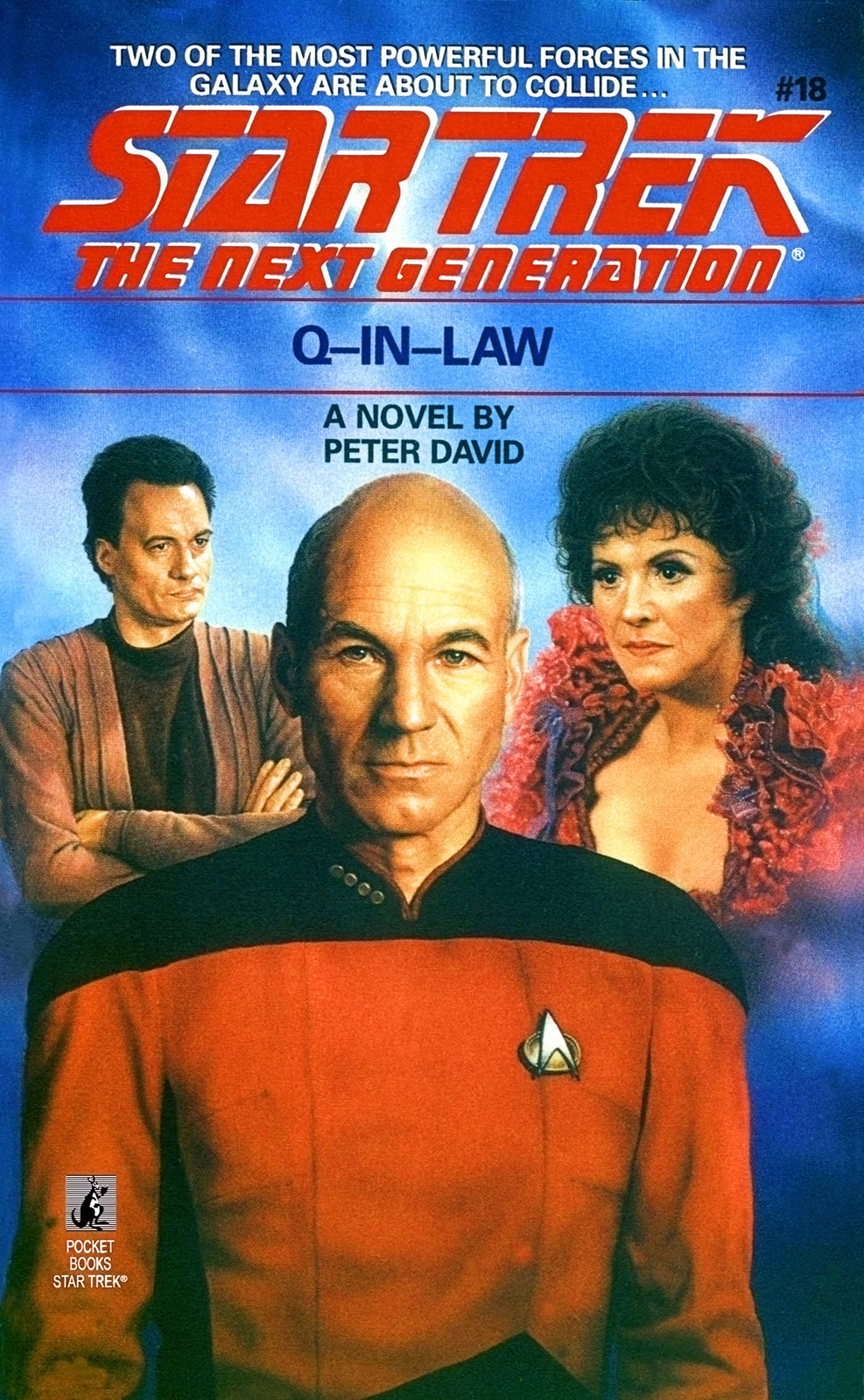 Below Q-In-Law is a biography on George and Ira Gershwin that I started reading last summer and never got around to finishing. One day... For now, it doesn't fit on my bookshelf, so it stays on my nightstand. Below that is that Tintin book that I can't seem to finish, even though there's only about fifteen pages left.

I'm a little conflicted about to read next, though. On one hand, I'd love to reread The Penderwicks again. 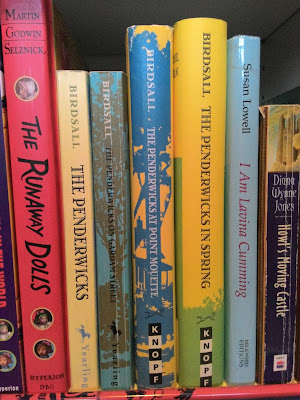 On the other hand, I have three other books I need to read soon so I can decide if I want to get rid of them or keep them. 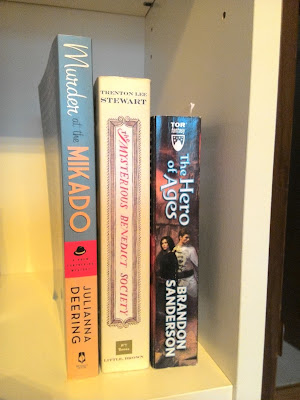 The first is a Christian murder mystery that I got with a gift card at the Christian bookstore. Sometimes, Christian bookstore buys can be great (Crater by Homer Hickam) and sometimes they can be "eh" (No Place Like Holmes by Jason Lethcoe).
Next is The Mysterious Benedict Society, which I have read before. I really loved it, but I'm not sure if I love it enough to keep it on my shelf.
Finally, there is The Hero of Ages, the final book in the Mistborn trilogy. I'm determined to give this book a second chance, but if I don't end up enjoying it, I think I will get rid of it and the second book in the series and just keep Mistborn: The Final Empire.

What are you reading right now?
Posted by Abbey Stellingwerff