This may come as a surprise to some of you, but I don't want to pick up other people's trash for the rest of my life, even if I do get to drive a golf cart. 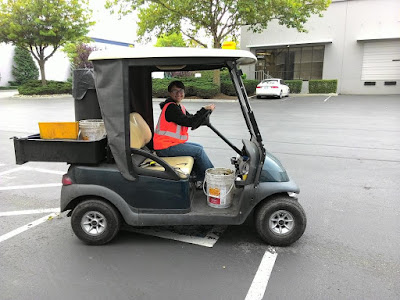 Those of you who followed my last blog may remember this post from in December. I shared how I thought God had called me to work in full-time ministry only to realize in my senior year of high school (fall 2014) that I had neither the gifting nor the passion for that work. My plan to attend college after graduating collapsed under the weight of this realization. Shocked from this collapse, I decided to take a gap year to work, to continue my music, to edit my fantasy story, and to seek God's will in my life. At this time, I couldn't think about college without feeling overwhelmed to the point of tears.
I ended my blog post in December asking, "What's next?" and answering, "I don't know, but I have faith in God."
Only in the past few weeks have I realized how long the shock that I was not to go to college to become a ministry worker reverberated in my life. Sometime in January, however, the last echo of that shock faded into the distance. I was able to contemplate the future again. I began to see patches of blue sky poke out between the gray clouds. It is not a coincidence that things started to be okay again at the same time that I started to set apart time in the morning to read my Bible and pray.

In February and March I began researching colleges.
I knew I wanted a college nearby relatives which either meant staying in the Pacific Northwest or going to the Midwest. I started with a simple Google search of Christian colleges in those two areas. Once I had a list of schools, I looked at their English and music programs. My dad helped me rate each college on a scale of 0-3 and then made me a spreadsheet. Looking at this spreadsheet, I dismissed seven of the ten colleges I had on my list.

In April, I applied for the remaining three colleges on my list: George Fox University in Oregon, Dordt College in Iowa, and the University of Northwestern in St. Paul, Minnesota. Four days after applying, I heard back from the University of Northwestern St. Paul. They accepted me!! The tears I cried were not because I was overwhelmed at the thought of going to college; no, these tears were happy because my number one school accepted me. 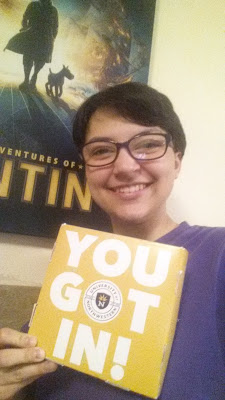 Looking at where I was five months ago compared to now astonishes me. I have grown so much and I attribute it all to God. He works all things for the good of his plan.
Five months ago I was sad and lost because of an unknown future. I wasn't confidant at work and scared of every trucker who came up to ask me for directions.
Now, I'm excited for a tangible future. I'm excited to go to school to earn an English major and music minor. I'm confidant at work and have "leveled up," so to say, in my speaking skills. I'm able to talk easily with truckers and that one Jimmy John's worker whom I always seem to run in to.

Yet, I am still afraid. Soon, I will leave my family and friends to live in a dormitory. I'll have to interact with strangers all the time—until they become friends. I'll have to go to classes in a real school—something I've never done before. I'll have to study hard—something I haven't done for a year. I'll have to do my own laundry—something I still haven't learned.
I don't do well (at all) with new situations because I'm terrified of doing something wrong and being rebuked for it, yet I know that after the first few months, when I've gotten used to my new life and fallen into a routine, everything will be fine. God is still watching over me, just as he was five months ago when I had no clear direction in my life and when it seemed like I would be driving a golf cart for the rest of my life picking up McDonalds wrappers.

I'm excited to learn, I'm excited to make new friends, and I'm even excited to live on my own. Change scares me, but also exhilarates me because I know in a year from now I'll look back and see how much I've grown in the space of twelve months.

I'll keep you updated on this new chapter in the book of my life!
Posted by Abbey Stellingwerff