Hello, all! My friend Kendra has recently released the cover for her next book, Lady Dragon, Telu Du. This is the sequel to Water Princess, Fire Prince, which I very much enjoyed. Even though I'm a week late to the party (I've been camping for the past ten days), Kendra is still letting me post her cover and a snippet! Enjoy... 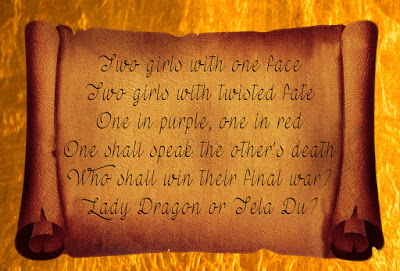 Amber, the Lady Dragon, has been promised a fifty-year reign over Rizkaland and nothing can stop her from claiming it. But when you've lived six thousand years, fifty is such a pitiful number. Only one person can keep her from making this reign permanent - the Tela Du, a girl who shall share Amber's face.

The last thing Petra wants is a magical world interrupting her plans for a normal life, let alone an ultimate battle against the Lady Dragon with only one prophesied survivor. She has her childhood best friend, Reuben, at her side, but she's not sure if he's more of a help or a hindrance right now. Though she'd much prefer to just return home and forget about this whole crazy affair, things change when she discovers that the world has surprising connections to her own family - including her sister who disappeared without a trace two years before. Still, Rizkaland can't possibly expect her to risk her very life, can it?

“Oh.” Ashna sank back into her chair and let the grimness of the situation wash over her. “But that means that Helen’s line … since King Roland…”

“Is to die out, yes,” said Father, not glancing up from his desk where he was scratching out a letter to the king and queen of Klarand. “All of the lines are to die out, and they know it. King Roland’s death during the kirat attack last month was just the beginning. Queen Nia’s life is sapped away by her fever as we speak. There’s nothing that anyone in Rizkaland can do.”

“Nothing that Rizkaland will do,” said Mother. She pulled off her cape and draped it across a chair, a frown pulling at her brow. “The Dragon has most  the people deluded with her pretty words and fancy tricks, and those who are wise to her just sit back, fold their hands, and say ‘Alphego’s Will be done.’”

Father smiled slightly, though it was a grim smile. “Alphego’s Will be done."

And now, what you've all been waiting for... the fabulous cover! 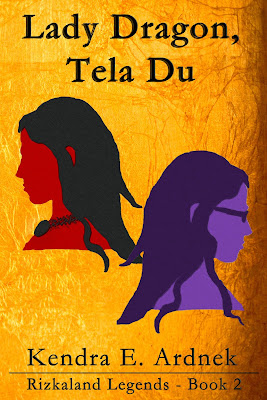 Author Bio:
Kendra E. Ardnek is a homeschool graduate who picked up a pen at an early age and never put it down. The eldest of four, she makes her home in the Piney Woods of East Texas with her parents, younger siblings, giant herd of giraffes, and an honor guard of nutcrackers. 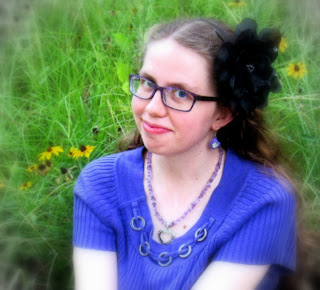