Last month, Jenelle Schmidt hosted "Fantasy February," which was a month-long celebration of one of the best genres in existence. She started a game of tag about "Life Lessons Learned from Fantasy." DJ Edwardson wanted me complete the tag, so even though it is no longer February, I thought I'd do the tag and talk about several lessons that I've learned from fantasy books. 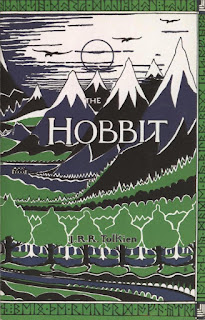 The Hobbit by J.R.R. Tolkien taught me what a true hero is.
A hero is not someone with super powers or a champion of men. A hero is an ordinary individual who has enough courage to stand up to dragons. When his friends have been captured by trolls or goblins or elves, a hero is the one to step into a leadership position to rescue them. A hero is the one who, after he finishes his heroic deeds, just wants to go home and live in peace and quiet. He does not want glory and riches; he just wants a pipe and a nice cup of tea. 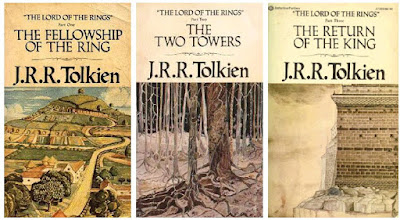 The Lord of the Rings by J.R.R. Tolkien taught me two things: there is always hope, and sacrifice is noble.
The darkness in The Lord of the Rings is a formidable foe. There is so much death and destruction that falling to the shadow seems inevitable. There are, however, little moments in the books that show that there is still hope. Many of these moments come from Sam. He says, "There is some good in this world, and it is worth fighting for" and "Even darkness must pass."
There is tremendous sacrifice to ensure that the darkness will pass. Sam sacrifices his future to go with Frodo to Mordor. Rohan sacrifices itself to go to the aid of Gondor, even though there is only a glimmer of light left to fight for.
Our world, like Middle Earth, is under the power of a dark lord. But we, too, have hope. Our hope lies in Jesus Christ who died to save us from Satan. This hope is lived out every day by people extend kindness to strangers, who give grace to those around them, and who sacrifice themselves for the good of others. 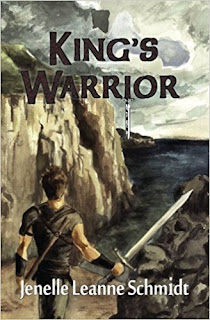 King's Warrior by Jenelle Schmidt taught me that a princess does not need to be either a perfect Mary-Sue character or have a I-need-no-man attitude to be a representative of the female sex in a novel.
Kamarie is an excellent example of a well-written female character. She may start out a little arrogant about her sword fighting and horse riding skills, but she grows a lot over the course of the novel. She is a wonderful blend of femininity and toughness. She is the type of character that I want real girls to read about, and she is the type of character that I want my female characters to emulate. 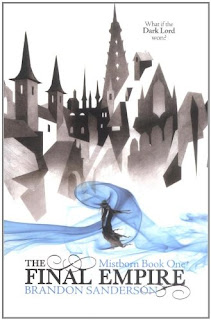 (WARNING: BIG SPOILER AHEAD ABOUT THE ENDING OF MISTBORN!!!!!!!!)

Mistborn: The Final Empire by Brandon Sanderson taught me how central a charismatic character is to a series.
I knew almost as soon as I started The Final Empire that Kelsier was going to die. I knew this because he was the type of character that steals the book and there can't be two such characters in one novel, and all the reviews I had read about this series praised Elend as being the best character. When Kelsier died, however, I felt that the life went out of the series. The second book featured political discussions, but it lacked the action and humor that the first book had (at least until the last 150 pages or so). I learned that killing the charismatic character may not always be in the novel's best interest. 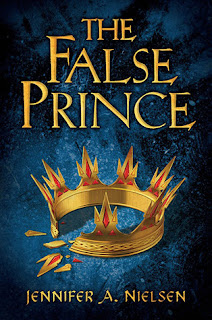 The False Prince by Jennifer A. Nielsen taught me about unreliable narrators.
Before reading The False Prince I had never experienced an unreliable narrator before. When I reached the end of this book and Sage revealed his true heritage, I was blown away. Everything I had read up to that point was changed because of this revelation. Now, I am a little warier to trust everything book tell me. 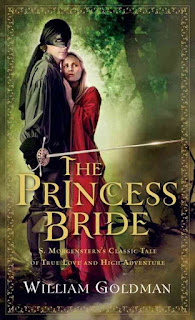 The Princess Bride by William Goldman taught me that you don't have to take your own writing very seriously.
Basically, you can do whatever you want with your writing. William Goldman does. He pretends that he is simply "editing" The Princess Bride by S. Morgenstern, an epic history of Florin and Guilder. Goldman intersperses real facts and modern expressions with his own made up world, and it's all written in glorious, satirical prose. I hope to write lighthearted stories like The Princess Bride where readers agree with everything I say because I am The Author and I Say So.