Welcome to the second Silmarillion Awards!!!

The Silmarillion Awards is a celebration of J.R.R. Tolkien and fantasy! They are sort of like the Oscars, except they are held online, and the awards are to be won by a fantasy character and not by an actor.

There are ten different Silmarils to be won:

And here on Regarding Reading and Writing, I am hosting the Most Epic Hero Silmaril!

YOU, my friends, will be nominating fantasy characters for each of these Silmarils in the comment section of their respective posts (for example, you would not nominate Eragon for Most Epic Hero in Jenelle's comment section for Most Nefarious Villain). Here are some rules to keep in mind:

-All nominees must be from a fantasy story (dystopia, sci-fi, and steampunk do not count. If you are not sure about a character, ask in the comments, and I'll get back to you!).
-You may nominate as many characters as you like.
-If someone has already nominated a character that you have thought of, you may "second" their nomination.
-You may second as many nominations as you like.
-When you are nominating a character, remember to say which book he or she comes from!
-Characters from Lord of the Rings cannot be nominated because they will present the Silmaril to the winner.
-These are lifetime Silmarils, so last year's winner, the glorious Robin Hood, cannot be nominated either. 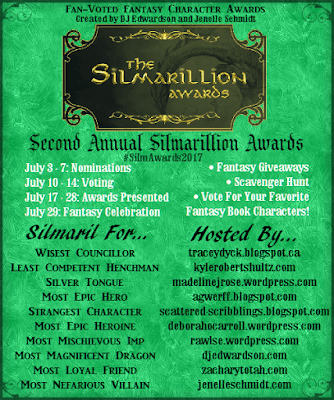 A hero can be described as tranquil as a forest but on fire within. Swift as a coursing river. Forceful as a great typhoon. Strong as a raging fire. They are usually mysterious as the dark side of the moon. It helps if they are able to get down to business to defeat the Huns, too. 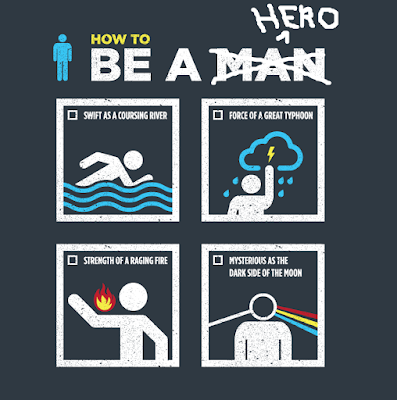 Some lovely people have donated prizes for this year's Silmarillion Awards, so enter the Rafflecopter below for a chance to win a copy of Where Carpets Fly by Elise Edmonds and a King's Warrior (by Jenelle Schmidt) bookmark! 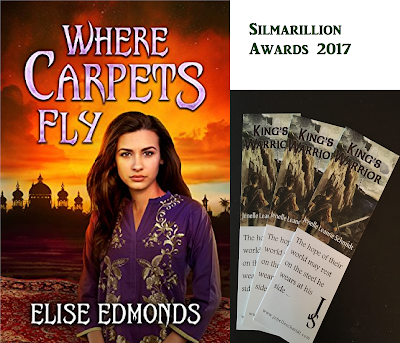 I'll announce the winner on July 9!

And don't forget you can buy some swaggy Silmarillion Awards merch. There are t-shirts and mugs! If you use the code TOLKIEN2017, you can get 10% off of your purchase until August 15.