All summer I've been hinting at a secret writing project that I've been working on, and it's time to reveal all!
But, first, some backstory to build anticipation.

At the beginning of the year, my roommates and I were in bed, talking in the glow from our string of Christmas lights. I can't remember exactly what our conversation was, but it involved being old, single ladies traversing the world. Thus, I conceived a Story Child. 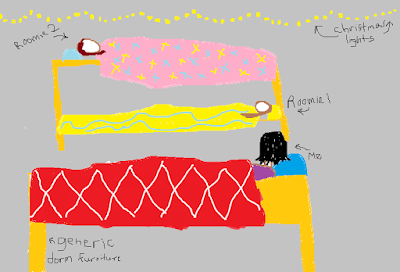 I wrote down my Story Child so I wouldn't forget it, and I fell asleep. I figured that maybe someday I'd write this story, but then I kept coming up with more and more ideas for it. I thought of names for the main characters. I bought a book for research.
Then, I came up with a title.
Now, that is quite a big deal for me. You've probably noticed that I have trouble naming things (*cough cough* that fantasy-fairytale novel with no name, even after three years *cough cough*), so that I actually had a title for this idea is Big News.
I'll spare you more backstory. Here is the title (and, yes, it is taken from a Beatles song): 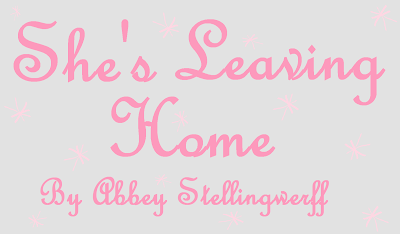 She's Leaving Home is about three friends. They haven't always lived near each other, but they have remained devoted to one another over many years. And they share the same dream: they want to travel around the United States. Now, though they are old and frail, the three friends decide to make their dream a reality. Japes ensue.

Basically, this story is about three grandmas who take a road trip.

I've done some research for this idea (though I need to do a LOT more), and I've done a lot of thinking about it. I'm not quite ready to start writing it yet, but I do want it to be the next story I write (though with a new semester of college beginning, who knows when that will happen).

So, She's Leaving Home is my latest story idea, but what will my next book be?

Huh? you may be asking yourself. But I thought She's Leaving Home is Abbey's next book?
Well, yes, it is the next book I want to write, but it is not my next book to publish.

*dramatic pause for you to catch on to my meaning* Need a little more help? Let me leave you with this... 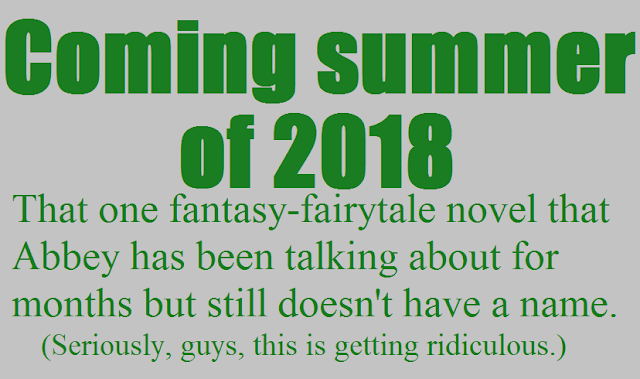