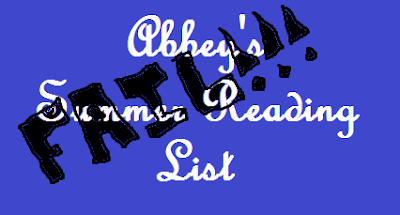 I need to stop making summer reading lists. Every year, I have such good intentions... and every year, I end up reading entirely different books than the ones that I picked out.
This year, for example, I wanted to read a mix of Shakespeare, nonfiction, and the rest of the Chrestomanci series by Diana Wynne Jones.
What did I read instead? ALL Young Adult/Middle Grade books (with one or two nonfiction books for research). On one hand, I feel ashamed. On the other hand, I feel accomplished because I read a lot of books.

From May through August, I read twenty books, and here they are: 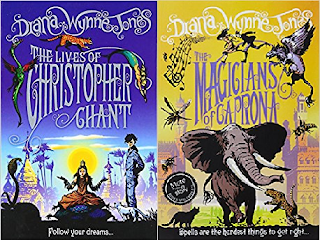 The Lives of Christopher Chant by Diana Wynne Jones – 5 stars. The second of the Chrestomanci books. This one followed Christopher as a child, and I enjoyed it immensely.

The Magicians of Caprona by Diana Wynne Jones – 5 stars. The third of the Chrestomanci books. This one was one of my favorites because it had cats and a nice protagonist and Punch and Judy. 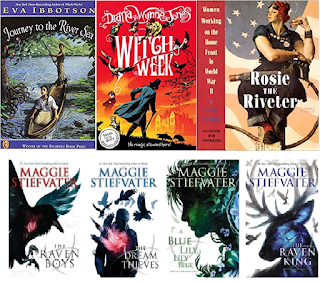 Journey to the River Sea by Eva Ibbotson – 5 stars. This is a book that I've loved for many a year. Highly recommended if you like journeys, rivers, and seas. Also if you like stories about orphans relocating to far away relatives, interesting characters, and boys named Finn who are hiding from the law. This book is great for kids 8+.

Witch Week by Diana Wynne Jones – 4 stars. The fourth of the Chrestomanci books. This one was my least favorite, but it was still nice. I enjoyed the ending a lot, but the setup was a little slow.

Rosie the Riveter by Penny Colman – 3 stars. This is a nonfiction book about women in World War II. I read it for research for my future book She's Leaving Home.

The Mortal Engines by Philip Reeve – 3 stars. A steampunkish book set in a future where cities move. It was okay, but I didn't enjoy it enough to finish the series. Peter Jackson is turning it into a movie, which I am excited about!

Slacks and Calluses by Constance Bowman and C.M. Reid – 4 stars. This is another nonfiction book about World War II. This one is about the authors' experiences working in a bomber factory. I enjoyed it a lot! Highly recommended.

Conrad’s Fate by Diana Wynne Jones – 5 stars. The fifth of the Chrestomanci books. Along with The Magicians of Caprona, this one was my favorite. It had a crazy, moving house, fun characters, and shenanigans.

The Pinhoe Egg by Diana Wynne Jones – 3 stars. The final of the Chrestomanci books. I didn't like this one as much as the others. I thought it was too long and meander-y; however, I would recommend the entire series for people who are looking for an easy, whimsical read. 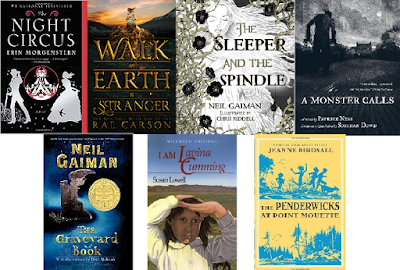 The Night Circus by Erin Morgenstern – 4 stars. This is a book about a circus and a romance. I loved the circus, but I didn't enjoy the romance. Recommended for people who like magical realism, monochrome colors, and slow-moving stories.

Walk on Earth a Stranger by Rae Carson – 3 stars. I enjoyed the realism in this book, but mostly felt meh about it. Recommended for those who like history with a splash of magic and stories where a girl pretends to be a boy.

The Sleeper and the Spindle by Neil Gaiman – 3 stars. A Sleeping Beauty retelling with a twist. I've discovered this summer that I love Neil Gaiman's ideas, but not necessarily how he executes them. I suppose it's a difference in style.

A Monster Calls by Patrick Ness – 3 stars. A sad book about dealing with grief. I enjoyed it, but, at the same time, I felt like the book's message was just beyond my grasp. Maybe I need to read it again to fully understand everything.

The Graveyard Book by Neil Gaiman – 3 stars. This book is about a boy whose parent's are murdered, so he is adopted by some ghosts. I enjoyed the setting of this book and I enjoyed exploring the graveyard with the main character, but, again, Mr. Gaiman's writing style doesn't match my reading style. All of his books get points for having great illustrations in them, though.

The Penderwicks at Point Mouette by Jeanne Birdsall (audiobook) – 5 stars. This is my favorite Penderwicks book. Again, my mom and I listened to this on the way to school. Recommended for people who like the ocean, family stories, and friendship stories (though please please read the first two books in the series first! They are worth it).

What did YOU read this summer? Have you read any of the books on my list?
Posted by Abbey Stellingwerff

Email ThisBlogThis!Share to TwitterShare to FacebookShare to Pinterest
Labels: books