On my old blog it seemed as though every other post was a tag. I don't want that to happen on this blog, but an occasional tag is fun, especially when the questions are fantastic! 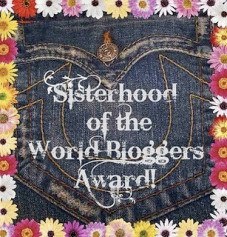 Thank you for the great questions, Bethany and Becca!

1) What is your favorite thing about Spring?
My favorite thing about spring is the green of new growth that colors every mountain, tree, and yard. I'm blessed to live in Washington State where there is an abundance of green growth throughout the year, but that green is intensified in springtime. They don't call us the "Evergreen State" for nothing!

3) What do you prefer to write with, pen or pencil?
Pencil. I don't write with pen unless I have to or unless the pen is colored. I like to erase things rather than scribble them out when I make a mistake.

5) What is the strangest song you know? (Example: They're Coming to Take me Away, Beans In Your Ears, Does Your Chewing Gum Lose it's Flavor on the Bedpost Overnight?  Tie Me Kangaroo Down, etc... Yes we know all these songs, does that mean we're crazy?)
If you are My Mother you should probably look away now.
Technically, this is the strangest song I know:


However, this is my favorite strange song (yes, that is a young Oprah at the beginning. Also, this group is Dutch! So... hup Holland? I'm not sure if I'm proud or scared of being a Dutchman after watching this performance):


6) What are your feelings on glitter? 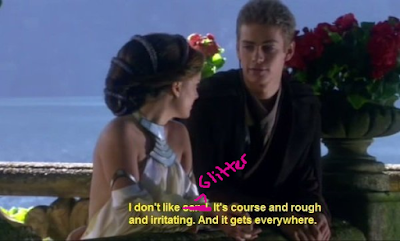 Two Halloweens ago someone in our church's young adult group wore a glittery red skirt to our Halloween party. I think the family who hosted the party is still finding red glitter on their couch.

7) What do you do when you come to a puddle?
Usually, I'm not paying attention so I walk into the puddle. I don't mind walking in puddles as long as they aren't deep enough to seep into my shoes. I've gotten my shoes soaked enough times at work that I try to pay more attention where I'm walking now, but I still end up stepping in puddles whenever it rains (which is often. We're called the "Evergreen State," but we could be called the "Ever Grey State").

8) What's your favorite outdoor game? (Example: Tag, hide and seek, cops and robbers, weeping angel escape, capture the flag etc...)
I have many fond memories playing the Alien Game with my friends. In the Alien Game, someone hides an object (a ball or a bottle of sunscreen, for example) and the rest of the players have to find that object and bring it back to base. But, beware the Alien (the person who hid the object)! If they tag you three times, you become an Alien, too, and join them in trying to protect the hidden object.

9) What adjective do your family and friends often describe you with?
"Precious" (from my mom until I became a fan of the Lord of the Rings). "Silly," "Strange," "Creative," and "Weird," from various family members and friends. "Boy, you are smart," from my grandma in the Midwest.

10) What is your favorite Schoolhouse Rock song? (And if you've never heard of them, you really should.)
I like The Great American Melting Pot. And, of course, I'm Just a Bill is great, too.

I'm not going to come up with ten questions or tag anyone, but feel free to answer the above questions in the comments below!
Posted by Abbey Stellingwerff