What Makes a Good Reboot or Retelling? ~In Response to Tracey~

Tracey Dyck over on Adventure Awaits recently wrote a post about why people have strong reactions to retellings. She says, "I propose it's because of people's deep emotional attachment to the original story."

Tracey uses the live-action Beauty and the Beast movie as her example. Some people loved it because of "the many little nods to the original Disney film," while other people felt "angry and betrayed because...the heart of the original was lost."

I want to expand on this point, using the example of two rebooted movies (though the principles I talk about can be applied to retellings, too).

What's the difference between a reboot and a retelling, you ask?

If you change the story too much, people will become angry because it doesn't have the same intention—and, therefore, feeling—that the original did. A good example of this is Star Trek (2009) and Star Trek Into Darkness. 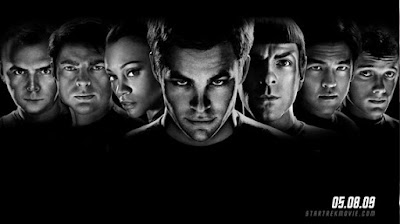 A lot of Trekkies (myself included) don't like these two movies because J.J. Abrams focused too much on modernizing the franchise by adding more sex and violence. Now, Star Trek has always had a lot of pretty women in it, and it has always featured some pretty cool fights, but Gene Roddenberry's intent when he created Star Trek was to make a show that glorified peace, exploration, and respecting people's differences. 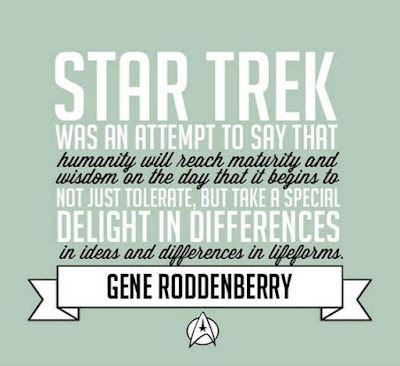 Because the rebooted Star Trek movies change the original intention, Trekkies don't like them because they have, in Tracey's words, "a deep emotional attachment to the original story."

On the flippity flip, if you don't change the story enough, fans will be unhappy, too.
Take Star Wars: The Force Awakens, for example. While it had the same intention as the original Star Wars—and, therefore, felt like a Star Wars movie—many people complained about it because the plot is very similar to Star Wars: A New Hope. 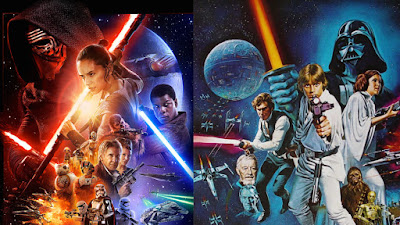 Both movies follow the adventures of an orphaned desert-dweller as he/she travels off-planet for the first time with a wisened mentor (who later dies) and a droid carrying secret information. Oh, yeah, and both movies have weapons of mass destruction capable of destroying entire planets that, in turn, get destroyed because of a basic construction flaw.
Because The Force Awakens steals the plot from A New Hope, Star Wars fans don't like it because, again, they are attached to the original story.

I don't like many reboots because I think that the people who reboot popular books, shows, and movies do so because they want money. Much like a name brand of clothing, people will pay for story titles that they have seen before. My particular pet peeve is when people write books about beloved characters under the name of the original author who is dead.

While I dislike many reboots, I do like Marvel's superhero movies (maybe because I didn't have any exposure to Marvel beforehand?), and I love the modern seasons of Doctor Who.

Another reason reboots are difficult is because people have a pre-established idea of who each character is and what they should and shouldn't be doing in their world. Retellings are different because they are usually based on fairy tales or mythology where characters, situations, and places aren't as well-established. While people expect Sherlock Holmes to be slightly sociopathic, all that is expected of Cinderella is that, by the end of the story, she has gotten out of a bad family situation.

Fairy tales and myths lend themselves easier to being retold because they are more about themes and less about someone's original character doing something specific within the created world of the author.

I think that both good and bad reboots and retellings exist. I think that if a storyteller can add a fresh angle to the original spirit of a piece without copying the original, he or she will have a great story of his or her hands.
Posted by Abbey Stellingwerff