I Find Your Lack of Faith in Whimsy Disturbing

Being an English major is hard.
It's hard because everything we read is analyzed and overanalyzed until we find meaning where there is none. We don't read many whimsical or even happy stories because they, evidently, don't contain the same kind of meaning that depressing stories do. While it is fun to examine stories and poems to find hidden truths, I do not believe that everything has to have a deeper meaning. Sometimes, a story is just a story. Sometimes, a story is meant to take us away from this depraved world for a few hours and show us glimpses of God through noble characters, pure love, and humorous exchanges.

Star Wars is a story that does this well.


Noble Characters
Even though Luke Skywalker whines about staying on his uncle and aunt's moisture farm for another year, his loyalty is still to his family. When Ben Kenobi offers Luke an opportunity to get away from Tatooine, Luke refuses because he has responsibilities at home. When Ben warns Luke not to go home after they find evidence that storm troopers have been in the area, Luke returns home to see if his family is all right. He doesn't go with Ben until he is sure he isn't leaving his responsibility.
Although Han Solo is a scuffy-lookin' ruffian with a price on his head, he does the right thing by coming back to fight in the final battle against the Death Star.
Although Princess Leia was raised as royalty, she became a politician willing to die for her people if it meant destroying the Empire.

Pure Love
(We're overlooking the Luke/Leia kiss, okay??)
I think we all agree that Han and Leia's relationship is pretty cute, what with their "Your hands are cold" and their "I love you" "I know," so why don't we step back from Han and Leia and examine some of the other relationship in the franchise?
Han continually returns to his friends because of his love for them.
Luke, Leia, and Lando are willing to risk their lives to rescue Han from Jabba the Hut.
Chewbacca is willing to do anything to help his friends—including fighting off strange little recycling monsters who are trying to melt down C-3PO.
Darth Vader destroys his boss/mentor and sacrifices his own life in order to save his son.

Humorous Exchanges
"It's not my fault!"

"I've got a bad feeling about this."

And my favorite...
"We're fine. We're all fine here, now, thank you. How are you?"
"We're sending a squad up."
"Negative. Negative! We had a reactor leak here. Give us a few minutes to lock it down. Large leak... very dangerous."
"Who is this? What is your operating number?"
"Uh..." *shoots intercom* "Boring conversation anyway... Luke! We're gonna have company!"

Life—especially my life as an English major—seems filled with sad and depressing, yet deep and meaningful, stories. It seems as if whimsical and fun stories are viewed as the illegitimate offspring of Real Literature (insert person with a snobbish accent snobbishly rubbing his or her nose [here]).
While it's okay if a story is just a story with no deeper meaning, I want to remind you that fun stories can be just as deep and meaningful as sad stories. We find sad stories meaningful because we, like the author, have gone through hard times to learn life lessons, but lessons can be taught through happy stories, too. If you need an example, just look to Star Wars' lessons of friendship and sacrifice. 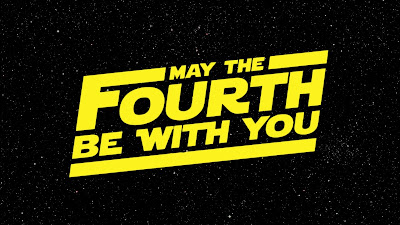