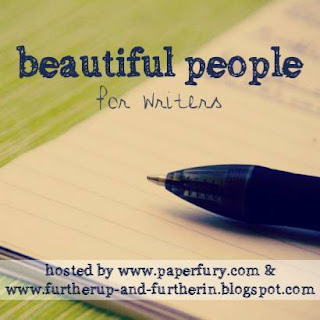 Lynnie is one of the minor characters in my fantasy-fairytale novel. She is Rozella's maid.

1. Overall, how good is their relationship with their parents?
Overall, very good. Lynnie is a little distant from her father because he works so much, but she knows that he is always there for her if she needs something. She is closer to her mother, or, rather, her mother is closer to her. Lynnie's mother has many sons, but Lynnie is her only daughter. She relies on Lynnie a lot and can sometimes be annoying in a way that only a mother can be to her daughter, but Lynnie loves her nevertheless.

2. Do they know both their biological parents? If not, how do they cope with this loss/absence and how has it affected their life?
Yes. (That was an easy question. :P)

3. How did their parents meet?
Lynnie's father was a humble mill boy... Lynnie's mother was a humble farm girl. One day, she was sent on a mission to his mill to tell him that the next portion of wheat would be arriving late. He was very kind about it, even though he should have been angry since it was going to put the mill behind schedule. From that day on, she made sure to walk by the mill every day on her way home from the field, even though it was out of her way. One day, he followed her home and, after that, he walked her home on his way home every day, until his home became her home, too.

4. How would they feel if they were told “you’re turning out like your parent(s)”?
Lynnie would feel that it was a complement if someone told her that she was like her father, for her father is reliable and kindhearted. If she were turning out like her mother, on the other hand, Lynnie would be appalled. Her mother loves learning the latest royal gossip and spreading it to whoever will listen. She is also very particular about her children and grandchildren; people call her a hen. Lynnie doesn't like to gossip, and she would rather have her children as free-spirited as possible.

6. Is there something they adamantly disagree on?
Lynnie believes that King John's treatment of the lower classes (of which her family hails from) is deplorable and that they should do something about it. Her father agrees that King John treats his peasants horribly, but he thinks that it is too dangerous to speak or act against the king.
Lynnie and her mother disagree on celebrity gossip. Lynnie thinks that her mother should find better things to engage her time, but Lynnie's mother is convinced that one day her knowledge of All Things Royal will come in handy one day (it turns out that she is right).

7. What did the parent(s) find hardest about raising your character?
Lynnie was never content to stay at home to learn mending or cooking. She was always out exploring the countryside with her brothers. This was fine, except that Lynnie's parents didn't always know where she had got to! When their family was forced to move to the city, Lynnie explored it on her own. Often, she wandered into parts of town that she was not supposed to go as a peasant. Her parents spent many afternoons wondering where she had gone and if she was going to come home that night.

8. What’s their most vivid memory with their parental figure(s)?
Lynnie remembers refusing to learn to sew as a little girl until her father came to her and asked her a special favor to him to learn to sew so that she could help her mother mend the clothes for the family. Maybe someday, he said, she could help her mother make the quilts that the family made for extra money, and then Lynnie would be a productive member of the family. From that day on, Lynnie decided to love sewing.

9. What was your character like as a baby/toddler?
She was an amiable baby. She hardly ever cried and smiled a lot. When she learned to crawl, she never stopped until she learned to walk. She has been going place ever since.

10. Why and how did the parents choose your character’s name?
"Lynn" was the name of Lynnie's grandmother. Her parents wanted to honor Grandma, but they also wanted to make their baby's name unique, so they added "ie" at the end of her name.
Posted by Abbey Stellingwerff